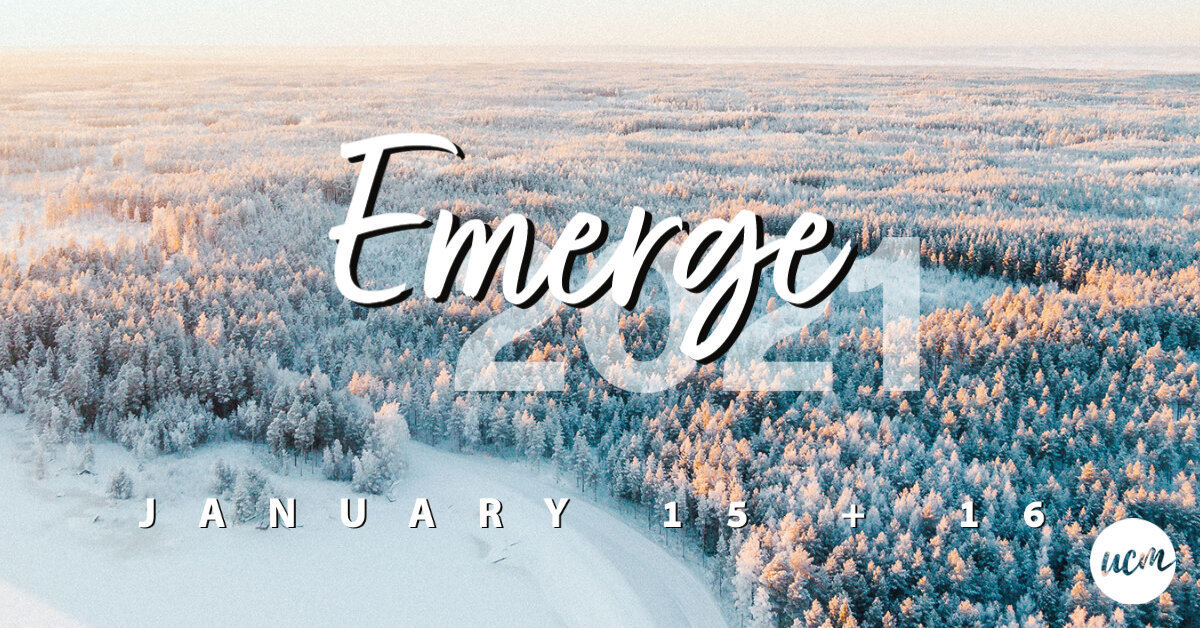 Save to your Calendar
Emerge is the province-wide student gathering of UCM clubs. We gather to encounter God through worship, biblical teaching, and fellowship.

This year we are blessed to have plenary sessions with Aaron and Amy Roberts.

Amy Wilson-Roberts is the founder of A Mighty Oak, a coaching organization helping individuals and communities gain clarity around their vocation. She focuses most of her coaching, teaching and facilitating on embodying our identity, and helping people see vocation as integral to the mission of God in the world. Amy spent 10 years as a director for NieuCommunities - a collective of missional communities sprinkled around the world. She has a Masters in Theology from Regent College and lives in the Hastings-Sunrise neighbourhood in Vancouver, BC with her husband Aaron, and three kids (Sadie, Beatrice, and Oliver).

Aaron Roberts is surprised to find himself an ordained Anglican minister working for St John’s Vancouver in BC, Canada. Originally from New Zealand, Aaron was a sexual and mental health educator working for a Christian organization in Auckland. In the old country, he was regularly asked to speak about faith at camps and retreats. He quickly realized he had no idea what he was talking about, and decided he needed a theological education. So, in 2005, he came to Regent College with enough money to last a semester (or two), and no real plan after that. 15 years later, he is quite stunned and grateful to find himself married to a southern belle (Amy), with 3 children and still living in Vancouver. Aaron is very passionate about the church and preaching. In his spare time, wander around the house pretending to think things.